Unending diaper changes driving you up the wall? A smelly house making you nauseous? Will a Diaper Genie really help you breathe easier?

Let’s find out. This article gives you the lowdown on Diaper Genie. It is a Playtex Products brand. We will look at their utility and other substitutes you can consider.

Why do you need a Diaper Genie?

Diaper Genies can make the disposal of dirty, soiled diapers a little less unpleasant. The Diaper Genie is an enclosed disposal system. It’s basically a wastebasket modified for diaper disposal. You throw in your used diapers.

The Diaper Genie twists them into separate scented baggies. And once the pail is full you can throw the entire string out. This way you don’t have to take the trash out repeatedly. You can also stop worrying about diapers piling up and reeking up the house!

Some models also have a foot pedal. You can just drop the diapers in if your hands are full with the baby. You don’t have to get down and dirty. The Genie does it all for you!

Is a Diaper Genie necessary? Do they work?

No, a Diaper Genie isn’t really necessary in terms of infant care. It is a little bit of an added luxury for an average household. It does what it promises. It keeps the smells of diapers locked in. It uses a seven-fold lock system. This prevents leakage of smells and doody.

It keeps your home smelling a little fresher. And it saves you a couple of extra tips to the garbage curb. The antimicrobial properties and carbon filters keep your home sanitary and hygienic. Your kids and pets won’t get inside the bins and make a mess.

But other than this, there is not much of an added advantage. You may as well just use normal trash cans. You can line them well and seal them tightly. Keep it away from areas like the kitchen.

If you buy a Diaper Genie without a foot pedal there is very little benefit. You have to tie up the trash manually. You don’t save much effort and it’s still icky. With time, the odor-repellent properties are also reduced.

If you have some extra money, get one and see it in action. For some parents, it might save crucial time and energy. For others, it might just be a hyped-up plastic bin.

It’s like an electric toothbrush. It may give you a minute or two of extra snooze. And it saves you a little extra effort on drowsy mornings. But does it really help out a lot? That’s for each person to decide!

No, Diaper Genies pails are not recyclable. The body and the lid are made of plastic. So it will just end up in landfills if disposed of. But you can initiate the recycling process yourself. First, wash the pail thoroughly with strong cleaners.

It can then be taken to a designated plastic recycling center. Because it has contained human feces and has bacteria it might not be taken in. It might have contaminants and stubborn odors. In that case, you can put it to other uses.

You can make it a kitty litter. Or you can use it for composting.

No, Diaper Genies are not FSA or HSA eligible. Flexible Spending Allowance (FSA) and Health Savings Account (HSA) tax exemptions are only for essentials. This assistance is given only for some categories. These include breast pumps, thermometers, and infant eyewear amongst others.

Even diapers don’t have FSA eligibility. They are only eligible if the child has a medical condition.  Diaper pails like the Diaper Genie could be considered discretionary. So you won’t get refunds or tax relief on these.

Can you use a Diaper Genie for depends?

No, you cannot use Diaper Genies for depends. It is created for baby diapers. It cannot hold adult diapers. The sizes are not matched for holding and disposal. Adult diapers are much larger and thicker. They also hold much more excreta from incontinence.

The material and structure may vary. The Diaper Genie will not be able to hold off the smell. It is made for much smaller quantities. Adult diapers will probably clog up the basket and the opening. It may not even fit into the basket.

It is best to use an adult diaper pail. They have thicker linings that help block the stench.

Can you use a Diaper Genie for cat litter and dog poop?

Yes, you can use Diaper Genie for cat litter and dog poop. It doubles up well to keep pet feces out of the living space. Leaving dog vomit or poop in the trash can spread germs. It attracts flies, cockroaches, and mosquitoes.

These insects spread around bacteria and other microorganisms. It can make babies and adults sick. There are specially designed Litter Genies for pets. But the Diaper Genie can be a multipurpose money-saver too.

Can you put wipes in a Diaper Genie?

Yes, you can put wipes in a Diaper Genie. They can be disposed of as they are. Or you can wrap them up in the diapers before throwing them in the pail. You can empty out both disposable cloth and plastic wipes.

Save space by swaddling baby wipes in the diaper. This way you optimize the refills after each use.

Other brands of refills or cartridges may not fit Diaper Genie. They will get the job done. But Diaper Genie pails work best with their own refills. They are shaped to fit the exact model, structure, and function.

Which brands are cross-compatible with Diaper Genie refills?

There are several popular brands of diaper pails like Munchkin, Dekor, LitterLocker, and Ubbi. The following table tells you which of the diaper pail brands are compatible with Diaper Genie and which ones aren’t.

Remember that many pail brands can be used with generic trash bags too. The pails are an investment. But the refills don’t need to be a constant expense. Unfortunately, Diaper Genie needs its own refills to work optimally.

This adds to extra costs. This is also a disadvantage compared to other brands.

No, Diaper Genies pails don’t expire. They are plastic wastebaskets so they can’t really go bad. But their utility does reduce over time. They are durable for about 3-4 years. After this, the plastic may warp. Continuous use may also leave permanent stains and odors.

The features may stop working properly with use.

The Diaper Genie refills will last about 2-3 weeks when in use. These are also plastic bags. So they won’t expire either. Unused plastic refills can be used to throw out the trash.

Here are some great alternatives to Diaper Genie.

Both Ubbi and Diaper Genie have similar quality over categories. Ubbi is pricier. It costs twice as much but doesn’t keep the smell out. This, despite being made of steel and lined with rubber.

Ubbi pails have a child-lock system. This is missing in Diaper Genie. This is useful if your babies tend to stick their hands in the trash.  It prevents pets from wading around in the garbage too.

Ubbi has no foot pedal. This makes it less efficient compared to hands-free Diaper Genie varieties.

Munchkin and Diaper Genie are pretty much tied in all categories. They are both great at odor control. Munchkin has an automatic sealing system. Diaper Genie uses clamps, carbon filters, and antimicrobials.

Munchkin is a tad more expensive. It also has less capacity than a Diaper Genie. It will cram up pretty rapidly. Diaper Genie also has a built-in cutter and front-tilt system. This makes removal and disposing of easier, cleaner, and quicker.

Dekor has a less impressive design and functionality compared to Diaper Genie. Dekor only has a trap door which doesn’t trap smells that well. Dekor refills are costly unless you buy them in bulk. But they are also hard to get your hands on.

Wastage is minimized in Dekor. It uses one single plastic liner rather than separate bags. It is also better for disposing of cloth diapers.

Litter Locker and Diaper Genie have similar features. But one is for cats and the other is for human babies. Either one is equally useful. You may also consider the Litter Genie. It is designed particularly for pets.

All the options are user-friendly and appropriately sized.

Comparing a litter pail to a diaper pail is like comparing apples and oranges. If you want a separate pets-only waste disposal system, get a Pet Genie or Litter Genie.

Or you can save money and put your Diaper Genie to additional use. Maybe it’s lying unused if your little one is grown. Even if you are still using it, toss your pet’s droppings in with stinky diapers. Get rid of the mess altogether!

Parenting can be hard. Buy yourself a Diaper Genie and make life a little easier!

Are Pampers diapers safe for babies?

Is Babyganics sunscreen good for a baby? 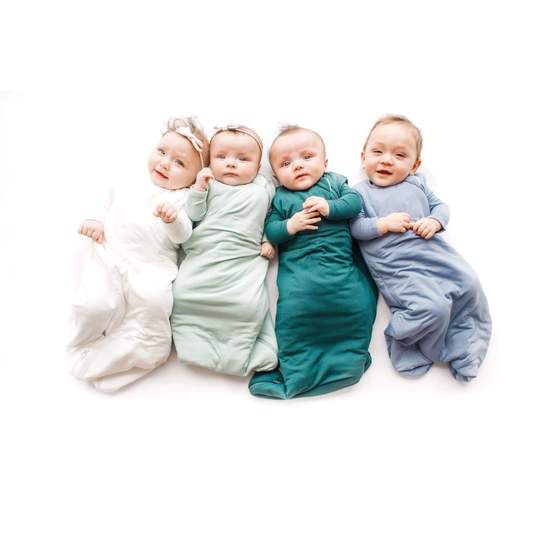