Well, think again. Although Coke Zero is sugar-free and calorie-free, it contains artificial sweeteners to replace them. So, it’s not as healthy as you might assume it to be. Plus, the other ingredients in Coke Zero could impede your health goals if not taken in moderation.

Are Coke Zero and Diet Coke the same?

Diet Coke was introduced in 1982, with Coke Zero coming much later in 2005 with a modified version in 2017. While it is thought to be a rebranding stint by the company, Coke Zero has been perceived to be more inclusive. Diet Coke largely engages those on a diet or with diabetics, however, Coke Zero is meant to target a broader audience

In terms of ingredients, neither of the two products contain added sugars and come in caffeine-free versions.

The notable difference is that Coke Zero consists of aspartame as well as acesulfame potassium (Ace K) as its artificial sweeteners, while Diet Coke uses only aspartame. Diet Coke is also available in a variant containing a brand of sucralose called Splenda.

Further, Coke Zero has lesser caffeine content than Diet Coke. The difference in taste between the two products is unresolved. While some opine that there is no variation in taste, some believe that Coke Zero leaves a different aftertaste – probably because of the presence of Ace K.

What are the ingredients in Coke Zero?

According to the product label, Coke Zero contains the following ingredients:

Further, a can of Coke Zero with 12 fluid ounces contains two percent (or 40 milligrams) of sodium. It also has nutrients like sugars, calcium, iron, vitamin A, and vitamin C in tiny quantities.

The label also warns people suffering from phenylketonuria or PKU about the presence of amino acid phenylalanine. For people with this genetic disorder, Coke Zero is strictly forbidden.

Does Coke Zero have sugar?

Coke Zero does not contain any added sugars. What you have instead are artificial sweeteners that can be equally disruptive to your weight-loss goals.

What sweetener is in Coke Zero?

Coke Zero contains artificial sweeteners – aspartame and Ace K. The caloric contribution of these two components to the body is inconsequential although they taste 200 times sweeter than sugar. But are they safe?

This is albeit FDA itself imposing temporary bans on aspartame on two occasions due to allegations that it causes brain tumors. Additionally, aspartame accounts for more than 75 percent of adverse reactions reported to the FDA. Some of these adverse reactions are weight gain, dizziness, seizure, migraine, and depression.

Conclusively, it is safe to know your boundaries for the consumption of Coke Zero as long-term exposure to aspartame and Ace K can cause kidney issues, liver dysfunction, cancer, visual problems, and mental confusion.

Should you avoid Monster Energy?

Is Zevia soda bad for you?

Is Pepsi Max bad for you?

What does Coke Zero do to your body?

Don’t be a guzzler, deceiving yourself that you are warding off the extra calories by consuming Coke Zero. In reality, you could be expanding your waistline and inviting several other health issues.

Look at what Coke Zero can do to your body –

Coke Zero is essentially a carbonated drink. Carbonated water may help you to stay hydrated and satiated. It could also improve your digestion. However, it also causes bloating and weight gain.

Carbonated water contains ghrelin, the hunger hormone, which increases your drive to eat. Further, carbonated drinks usually contain sodium chloride – something that you should take with a pinch of salt.

Further, the artificial sweeteners together with the potassium content could be addictive for you – leading you to crave more sugar.

Potassium benzoate is used as a preservative and mold inhibitor in Coke Zero. The compound comes with the risk of cell damage, which in turn can cause organ failure and other serious health issues.

Potassium benzoate, artificial sweeteners, and other additives are known to cause allergies and inflammation. They can even result in attention deficit hyperactivity disorder (ADHD).

Carbonation is a known culprit for tooth erosion. Another ingredient – phosphoric acid is used to give a sharper flavor and prevent the growth of bacteria in the drink also causes enamel and tooth erosion.

Research has shown that the ingredients in Coke are abrasive in nature. Excessive consumption can burn the lips, tongue, throat, and stomach

Aspartame, Ace K, potassium benzoate, phosphoric acid, and sodium chloride are harsh on the kidneys. According to a study, those who drank more than seven cans of Coke Zero in a week doubled their risk of kidney damage.

Additionally, research published in the International Journal of Molecular Sciences shows that artificial sweeteners like aspartame can infect healthy gut bacteria and destroy the gut wall. This could cause blood poisoning.

A study conducted by the University of Minnesota shows that any diet soda that claims to have no sugar but contains artificial sweeteners and additives causes a high risk of metabolic syndrome. The outcome of this could be belly fat, obesity, heart disease, high blood pressure, and poor blood sugar control.

A study by researchers at Tufts University has indicated that women who frequently consumed cola-based drinks had four percent lower bone mineral density in the hip. Other studies also confirm a connection between coke drinks and osteoporosis. Therefore, bone up on the nutritional value of Coke Zero before going overboard on it.

The American Association of People with Disabilities (AAPD) and the American Heart Association urge children aged below five years to avoid beverages with carbonation, artificial sweeteners, and caffeine. Consumption of Coke Zero by children has been shown to cause stomach disorders, sleep disruption, restlessness, ADHD, and mental disturbances.

Triglycerides are a type of lipid in the blood. They are calories that the body does not require and are stored in fat cells.

Although Coke Zero does not contain any fat or calories, the artificial sweeteners in it are shown to influence metabolic activities of the liver. As a result, the production of triglycerides and cholesterol concentration increase in the body. In the long run, it could also cause heart diseases.

However, you needn’t be anxious if you are an average drinker.

Indeed! Coke Zero does increase your appetite. The fizzy drink may satiate you at the outset because of carbonation. However, the carbonated water contains the hunger hormone called ghrelin. As its name goes, the hormone triggers your appetite

A research article published by Harvard Medical School has demonstrated that aspartame damages a part of the brain that tells the animal when to stop eating.

In addition, other flavors and additives in the beverage will drive you to be more indulgent at the table.

The presence of artificial sweeteners and additives results in high-risk metabolic syndrome. This is especially the case in older adults. Additionally, carbonated water is also linked to bloating and a bigger belly.

Does your heart flutter at the sight of a can of Coke Zero? If the answer is yes, then it is not just your euphoria. Your heart is actually ‘fluttering’.

Excessive consumption of Coke Zero – containing caffeine – can cause heart palpitations. A team of French researchers has found that increased consumption of artificial sweeteners increases the risk of heart disease and stroke.

It is also known that higher consumption of phosphorous, which is an active ingredient in Coke Zero, can increase blood pressure and heart rate in healthy adults.

Does Coke Zero have caffeine?

A 12 fluid ounce or 355 milliliters of Coke Zero contains 34 milligrams of caffeine. This is well below the recommended daily maximum limit of 400 milligrams for adults. However, if you are consuming several cans of Coke Zero a day, you may cross the daily maximal. You should also be mindful of your caffeine intake from other sources.

Caffeine is associated with health issues like insomnia, heart disease, dehydration, poor digestion, and addiction. If you want to dump the caffeine, opt for caffeine-free Coke Zero.

How does Coke Zero have no calories?

Coke Zero has no added sugar or carbohydrates. This makes it a zero-calorie beverage. It gets its taste from artificial sweeteners and added flavors.

While Coke Zero is technically a sugar-free drink, increased ingestion of artificial sweeteners like aspartame makes the beneficial bacteria in the gut to become pathogenic. This destroys the gut wall and induces glucose intolerance.

So, yes – Coke Zero increases blood sugar, but only if you don’t stay within your limits.

Coke Zero is sugar-free and so are the sugar substitutes in it. There is no evidence showing that consumption of Coke Zero triggers insulin spike after it is consumed.

Is Coke Zero good for diabetics?

Coke Zero may not be a good option if you are a diabetic even though it does not impact your blood sugar levels in the short-term. Prolonged consumption of artificial sweeteners from the beverage is known to affect gut bacteria and blood sugar levels.

Will Coke Zero cause diabetes?

Let us repeat this just to lay down the law. Coke Zero doesn’t contain added sugar. Nevertheless, increased consumption of artificial sweeteners and additives found in it can result in risk of diabetes.

A 14-year study in over 66,000 women reveals that consumption of artificially sweetened beverages leads to a higher risk of type two diabetes.

Is Coke Zero on the keto diet?

Coke Zero has low carbs and zero sugar, hence could fit into the keto diet. However, aspartame and Ace K are not keto-friendly. If you are on a keto diet, you would be using sweeteners like stevia or sugar alcohol sweeteners.

Ketosis is a process where the body does not have enough carbohydrates to burn for energy and it instead burns fat to make ketones for energy.

Coke Zero does not contain carbohydrates, hence will not disturb the ketosis. Nevertheless, it is a soda drink with artificial sweeteners that are detrimental to health. So, strict keto nutritionists will not approve of Coke Zero.

Can you drink Coke Zero while fasting?

Coke Zero will not spike your insulin while fasting. It will also keep you hydrated during your fasts. But it is not a good choice to sip on Coke Zero while fasting. In addition, the hunger hormone in carbonated water may make it difficult for you to keep fast.

The purpose of fasting is usually spiritual strength, overall fitness, weight reduction, reduced risks of metabolic disease, and cut down inflammation. However, Coke Zero will be a deterrent to achieving any of these goals. The artificial sweeteners, phosphoric acid, and other additives in the beverage can cause obesity, inflammation, heart and kidney issues, and weaker bones among many other health problems.

If you are fasting, picking natural drinks like water, fruit extracts, lemonade, coconut water, milk, and probiotics will be a judicious choice.

Can Coke Zero cause weight gain?

Coke Zero isn’t a good choice for weight loss. In fact, it causes a contradictory effect. According to a research article published by Harvard Medical School, artificially-sweetened sodas create a craving for sweets and high-calorie foods. This, along with the hunger hormone present in carbonated water will be a perilous combination if you are looking at weight loss. Furthermore, carbonated water itself is shown to cause bloating and weight gain.

To round off, binging on Coke Zero will most likely cause weight gain. On another downside, it doesn’t provide any nutrition. Therefore, along your weight loss journey explore mother nature’s products like water, milk, coconut water, fruit juice, and cane sugar extracts.

Is MTN DEW Kickstart bad for you?

Is Sparkling Ice good for you?

Is evian good for your baby?

Should you avoid Pure Leaf tea? 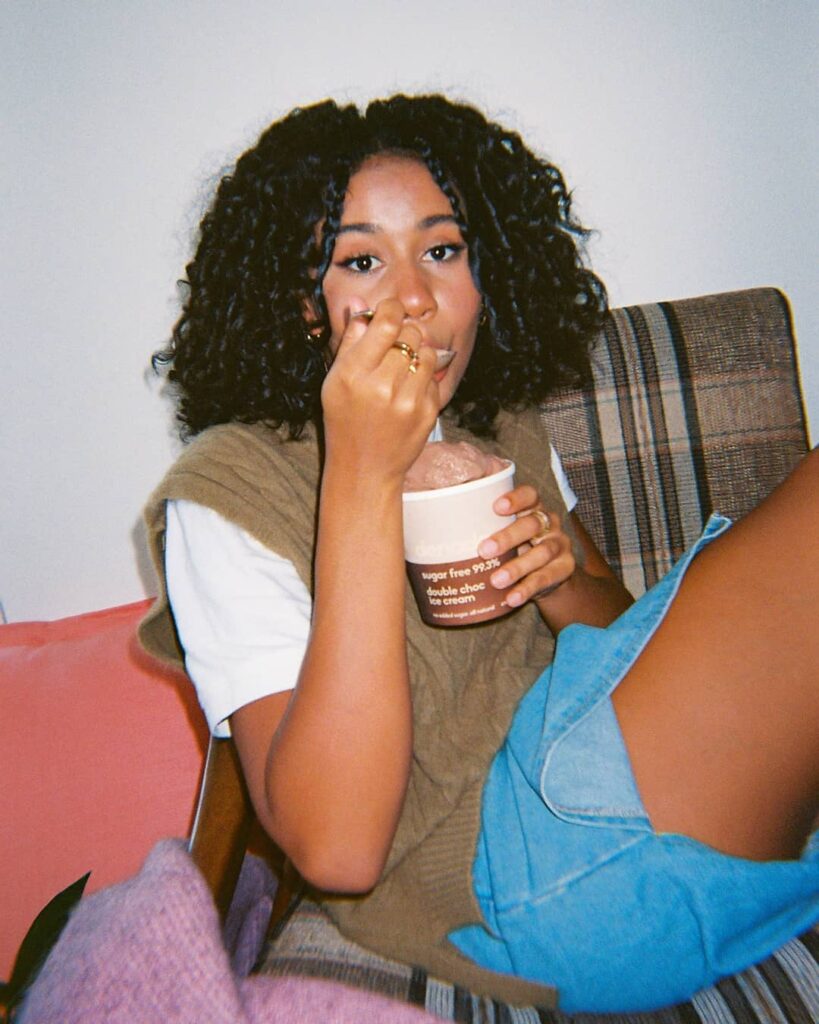 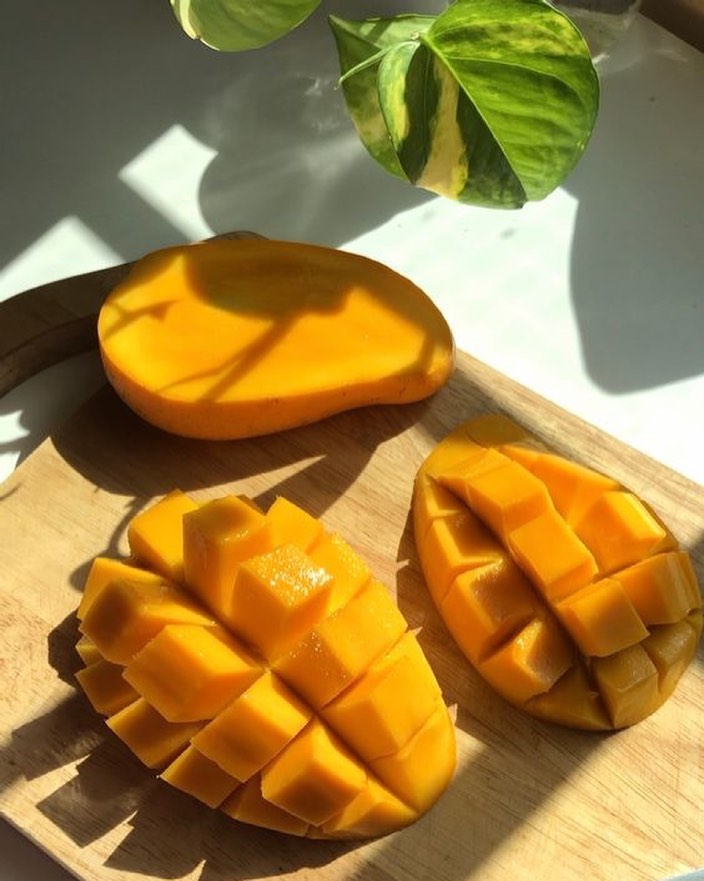